In 1972 I was taking jazz guitar lessons from Al Turay in Seattle and in his office, I noticed he had a picture of Wes Montgomery. At twenty-two I was already hip to Wes, as I had discovered him a while back and had already listened to a couple of his records several times.

I saw there was a handwritten note on the photo on the wall that was signed “Good luck Al … Wes Montgomery”. Well, I found out later Al had a lot of musical friends, which included: Herb Ellis, Buddy Fite, Barney Kessel, Bruce Lofgren, Henry Mancini, Joe Pass and including Wes Montgomery.

One day I had a lesson with Al and he asked me if I’d checked out George Benson? I told him, I didn’t know about him. He told he was a mighty fine guitar player and that I should check him out.

It just so happened that George Benson was playing down at the Gallery Tavern in Seattle, and Earl Klugh was playing with him with a bass player and drummer. At that time there was no cover charge, I could buy a pitcher of beer for a buck and a half, and I’d sit there for three hours. He’d play for an hour, take a break, and then play again. I went there every night for the two weeks, he was in town playing.

After I went and saw George Benson, I read an article in the newspaper that said he was the most important jazz guitar player since Wes Montgomery who was known for an unusual technique of plucking the strings with the side of his thumb and his extensive use of octaves, and his chord melody and chord soloing playing which gave him a distinctive sound.

I liked to sit right in front of George Benson so I could watch closely while he played. He wasn’t too loud, it was nice, he was melodic all over the place. I watched his hands and really enjoyed how he played and Earl Klugh would play along on a nylon string guitar. Some nights my music buddies that I played with in the band would join me at the Gallery Tavern too. At that time we were playing rock and roll and were trying to study a higher art form of music.

When George Benson would be in town playing at the Gallery Tavern in Seattle, he’d also hold seminars in the afternoon for five dollars. I sat in the room with George and twentyfive other guitar players, all from Seattle. I listened as others would ask questions. He told us he was self-taught and listened by ear to play a tune. He said when he played in Detroit, he spent two years playing the same forty songs every night. That is how he found new ways to do the same thing and that’s how he learned his fret board.

Once when I was watching George at the Gallery Tavern and older fella grabbed George’s Gibson guitar which he played through a fender twin, and this guy was messing the guitar. I thought to myself oh man what a lot of nerve, and then George came back, and I though well George is going to get upset but he said, “hey man” as he tapped him on the shoulder “hey man I gotta play now, let me have my guitar back”. And the old man handed it to him and there wasn’t any animosity or hey man don’t touch my stuff, there was none of that. It was a real human experience George was a really nice guy.

George has always be a singer. I’ve read that his mother sang to him and so he grew up with different repertoire of songs and by the time George was four years old and ready to go to school they discovered he could sing and he would then have to perform at every event held at school. At the age of seven his stepfather taught him the ukulele and at nine he started to teach himself guitar. I think him singing “This Masquerade” written by Leon Russell, which turned was record of the year in 1977, was a key factor in moving George’s vocal career.

I was intrigued by George. I wanted to be able to play through chord changes, add melody support by chord changes. At that time, I was studying jazz standards. George would take wide intervals, octave and a third. He would take a pattern, then a scale that fits over that that chord, move it. The thing is there are only 4 chords if you think of it, there’s a major chord, a minor chord, an augmented chord, and a diminished chord. So, all those patterns you’d eventually figure out a chord the same way the gypsies figured it out. You don’t have to do any note reading but you do have to simulate sound to shape. For example he would take a 251 chord progression which is the harmonic foundation for most jazz standards like a major key to minor key, d minor 7 to g7 back to c, and he’d play his licks arpeggios. I’d say there is an infinite way to go about this, but he gives you basic ideas about the shapes.

Some of my favorite tunes I like to play that George has done are, Don’t Misunderstand Me, This Masquerade, Top of the World, First Light, and Affirmation. Would like to hear from others what your favorites are to play or listen too.

Why segovia is so important

Growing up on Whidbey Island (Langley), as a teen I learned to play guitar on my own, at that time I knew nothing of Segovia.

My guitar playing was all about 3 chord songs. Songs of the 60″s, playing on my first beater guitar that I paid $49. I think I was around 14 years old, and I would sneak into my room to try to play what I had heard on the radio. But seemed like I never had enough time to myself, as I would always be found to haul firewood or some other chore, as we lived on a small farm and there was always some job to be done.

(In the photo I am outside practicing on my nylon string guitar, hopefully out of listening ears of doing chores.)

When Segovia began, the guitar was played only in cabarets, by Gypsies. I am exaggerating a bit, as there were a few classical guitarists in Spain when Segovia was growing up. None of any with great stature, none performing where he lived and no teacher capable of bringing out the full potential of a student such as Segovia.

He learned some basics techniques from Agustinillo, an amateur flamenco player and after a few sessions he decided to study on his own. Segovia states that his early musical education involved the double function of professor and pupil in the same body. I personally think anyone interested in guitar should take the time to read all about Segovia at Segovia’s life Andres Segovia: An Autobiography of the Years 1893-1920.

My life with the guitar was intriguing as I continued to listen and watch others play, especially watching the Johnny B Trio, with my nose pushed up against the the window. I was not allowed in as I was too young.

I knew nothing about the fret board at that time, as I was happy to learn chords and licks. I could read a little music on staff but did not know how it related to the notes on the guitar. At 15, I played in Battle of the Bands.

Despite the discouragement of Segovia’s family, who wanted him to become a lawyer, he continued to pursue his studies of the guitar diligently. At that time when Segovia studied, there was no music written for guitar. Music was written for piano and stringed instruments, so he would have to transcribe to play. Note by note he studied and played, finding his way.

As time went on and Segovia played throughout the world his repertoire consisted contemporary works of the time, including concertos and sonatas, usually specifically written for Segovia himself by composers with whom he forged working relationships. Andres Segovia, My Book of the Guitar: Guidance for the Young Beginner or Diatonic Major And Minor Scales Book.

My real commitment to the nylon string guitar happened when I returned from my hitching trip to Europe upon turning twenty one. I went through Spain while on my trip and heard the loveliest music being played on the street by a young teen, it was not flamenco. I watched and listened. I was not sure I had ever really seen someone play this way before. He handed me his guitar and I played what he had played. We went back and forth. I was clumsy and all fingers as I did not really know the technique. Upon my return to the US, I decided to pursue this sort of guitar playing. I still did not understand what this style involved, but I was set in a new direction. I found myself a new guitar teach Al Turay.

I have to tell you at twenty-one years old, I was a little intimidated by Al. He asked me to play a little something for him and I picked a 3-chord song. He told me I needed to learn the fret board. He scribbled out a lesson on paper and told me to do practice and come back next week. Each week I would return to play what I had practiced, and he would scribble another lesson. I did this off and on for almost 3 years. Al would continually impress upon me “The Fret Board Is Where It’s At”. (more about Al in future stories)

Over the years I have learned many pieces that were transcribed for and by Segovia. During my later years I studied at Cornish School of the Arts in Seattle in the Classic Music Program I spent hours practicing his works. He was the prime mover behind the enrichment of the guitar repertoire in the first half of the last century, bringing the guitar to the concert halls of the world, giving it equal status to the piano and the violin. I would encourage you to listen to his works whether as a player or audience listener. Listen to Andres Segovia Collection.

“As an Amazon Associate I earn from qualifying purchases.” 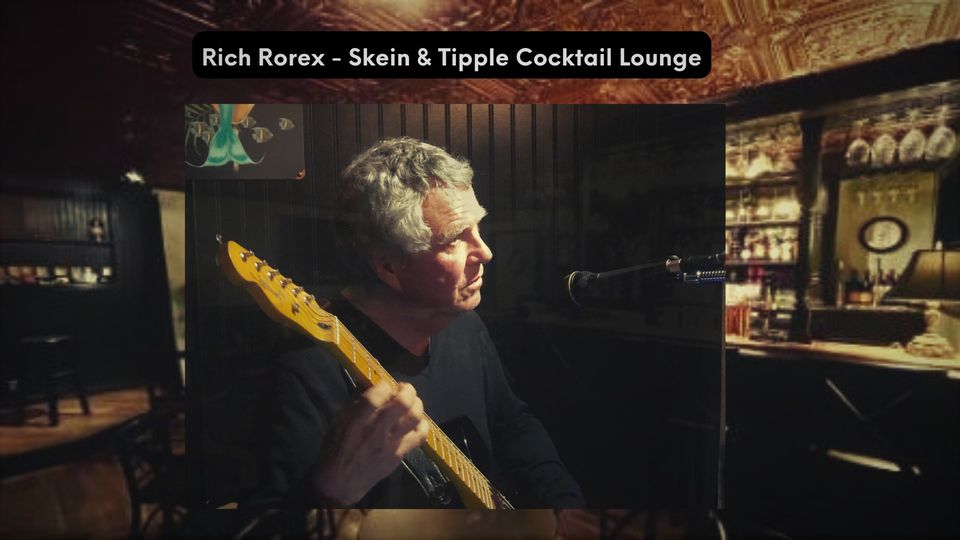 Join Rich for an early evening at the Skein and Tipple in Clinton on South Whidbey, from 6 to 8pm at Skein & Tipple Cocktail Lounge 8912 Hwy 525, Clinton, WA. 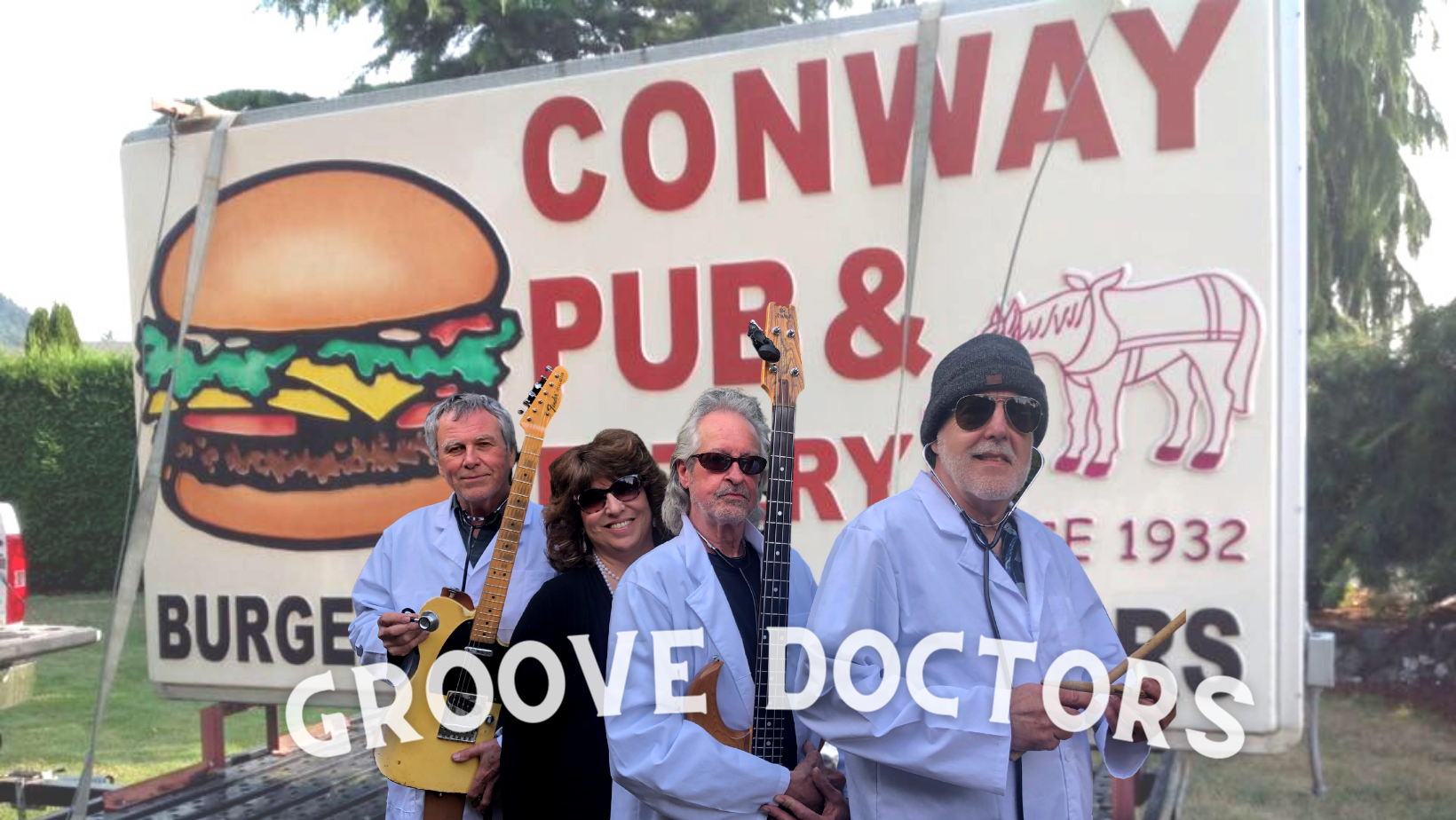 Groove Doctors will help to fill your prescription for music. Groove Doctors Band from Lummi Island, Washington. Deborah, Dave, Gary and Rich play a diverse selection of rhythm, blues, rock and American, to get you into the groove and to make you just have to get up and move 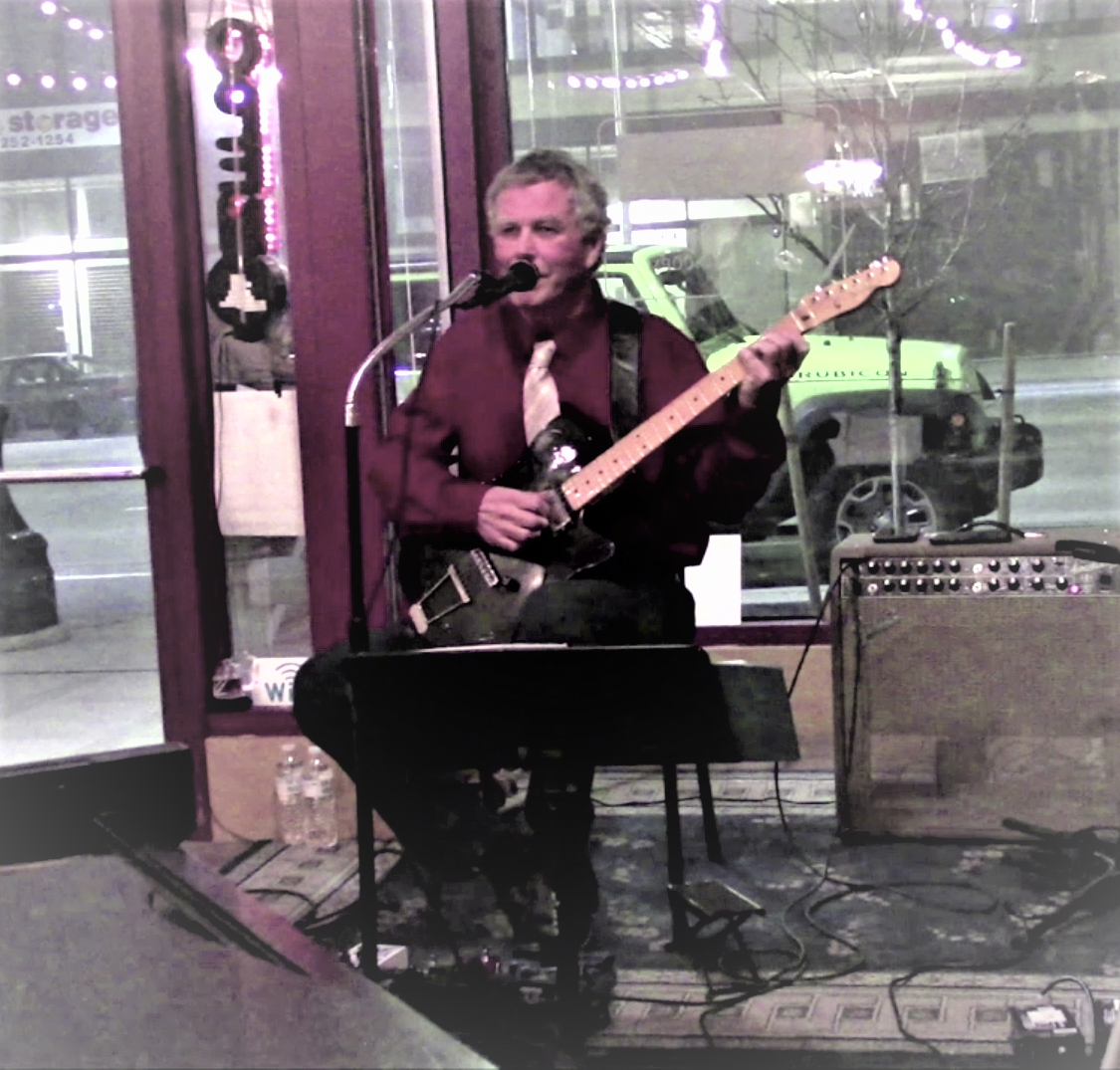 Join Rich on Saturday, June 18th at the Port Gardner Bay Winery (one of his favorite venues). Rich is a versatile accomplished guitar artist, who enjoys singing and playing modern and traditional styles, including pop, jazz and classical.

You will delight in Rich’s arrangements and approach to music. Looking forward in seeing you there! 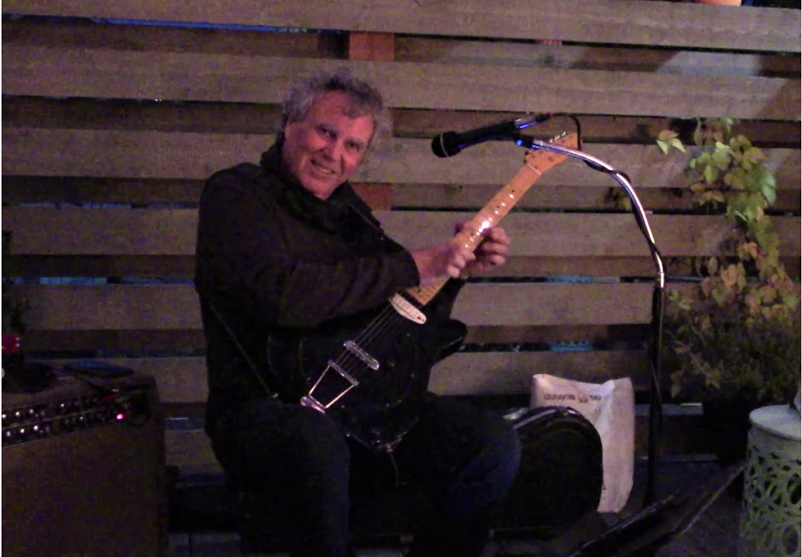 The Vault Had to Cancel – Rich Rorex

Just want to get the word out. The Vault Wine Bar has to cancel tonights music, due to Covid in their wait staff. They will reopen soon.

Richard Rorex will bring his distinctive guitar style to the Vault Wine Bar in Blaine, WA. on June 17. No cover, but food and/or beverage purchase required 7-9 pm.

Join Rich for an early evening at the Skein and Tipple in Clinton on South Whidbey.